Bad guys, beware! In our Simplisafe review, we take a close look at one of the best home security systems around.

The process is simple: The SimpliSafe team walks you through your decision so you can choose the security system to best suit your needs. Then, they ship the system to you in less than a week.

Once your system arrives, you can set it up in no time — without having to hire a handyman. If you’d rather not install the system yourself, though, you can let one of SimpliSafe’s pros do it for you for $79. They’ll have it done in less than an hour.

SimpliSafe’s sensors will guard every room and entry point. When a bad guy comes knocking (or breaking, rather), SimpliSafe’s monitoring center will give you a call and will get the cops on their way to you, stat.

Intruders might think damaging the keypad will damage the system. Wrong. SimpliSafe is onto your shenanigans, bad guys, and will alert the police as soon as any funny business is detected. Better luck next time.

SimpliSafe doubled down and put their built-in cellular connection on the most reliable networks. Then, they reinforced it with Wi-Fi, so your home is always secure.

SimpliSafe has six monitoring centers that are on the job 24/7/365. They all protect your home, all the time. Neither the Wet Bandits, a burst pipe, a fire, nor shoddy Wi-Fi can take down your protection.

Power’s out? No worries. Just light some candles and bust out the guitar and tambourine. Even when your power fails, SimpliSafe’s systems won’t. In a blackout, there’s a back-up battery that turns on (like a generator would) and keeps protecting your home for a full 24 hours.

SimpliSafe will continue to send an alarm signal until one of their monitoring centers confirms they got it. They’ll give you a call to verify the alarm is real, which means police can be dispatched up to 350% faster. SimpliSafe’s monitoring team will call you as soon as trouble is detected, and will stay online with you until everything is resolved.

SimpliSafe’s “glassbreak sensors” are so precise that they can sense the difference between a break-in or a breaking plate. They even invite you to smash a plate to test their claim! (If you try this, be sure to report back!) SimpliSafe has also engineered their systems’ motion sensors to detect the heat signature of humans, specifically — not pets — so Fluffy and Rover are free to roam about at home without triggering any alarms.

The SimpliSafe team will help you choose the security system to best suit your individual needs, whether you’re living in a one-bedroom apartment in New York or a multi-million dollar mansion in Beverly Hills. They’ve got systems for small and large businesses, too, so everyone can feel safe — all the time, in all the places.

The Haven Security System is a 14-piece system priced at $489. The Haven includes one base station, one keypad, four entry sensors, two motion sensors, and six additional key products to keep your home protected from water damage, fires, and break-ins.

The Knox Security System is a 13-piece system priced at $449, which includes one base station, one keypad, six entry sensors, two motion sensors, and three additional products to keep even the largest of homes as secure as… well… Fort Knox.

SimpliSafe’s Hearth Security System features nine products to keep bad guys at bay. The package, priced at $374, includes one base station, one keypad, three entry sensors, one motion sensor, and three additional key products to ensure your home stays safe and secure at all times.

The Essentials Security System is SimpliSafe’s most popular system, and for a good reason. The system, priced at $259, comes with the necessities to keep your home safe: one base station, one keypad, three entry sensors, and one motion sensor.

Specially designed for small homes and apartments, SimpliSafe’s Foundation Security System features one base station, one keypad, one entry sensor, and one motion sensor. It’s the best kit to invest in for the minimalists who want to keep their tiny houses safe. The Foundation is currently priced at $229.

While there are variations to each kit, you also have the option to customize your SimpliSafe home security system. Start with your base station and keypad, choose your entry and motion sensors, add a couple of additional burglary and hazard sensors — and maybe a siren or panic button — and you’re all set. 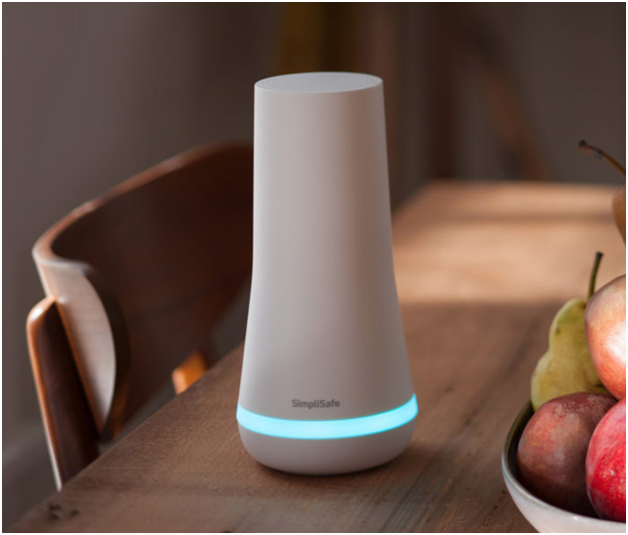 The main similarities between SimpliSafe and Canary are their indoor video surveillance, motion detectors, air quality sensors, DIY monitoring (which is optional with SimpliSafe), and easy DIY installation.

The main differences between SimpliSafe and Canary are that SimpliSafe offers 24/7 professional monitoring and has multiple devices and package options. SimpliSafe produces all of its own equipment, too. Canary offers more extensive air quality monitoring and can test for more contaminants than SimpliSafe can. Plus, Canary’s camera features night vision, pan/tilt settings, and a 140-degree viewing angle.

SimpliSafe and Frontpoint both specialize in wireless, DIY home security, and they both support indoor video and Alexa integrations.

The main differences between SimpliSafe and Frontpoint are that Frontpoint requires a contract and is a bit more expensive overall. Frontpoint does offer outdoor video and home automation though, which SimpliSafe does not offer at this time.

There are a lot of similarities between SimpliSafe and Ring Alarm. For instance, each offers partner mobile apps, 24/7 offsite monitoring, easy DIY installation, sleek designs, and customizable packages.

The main differences between SimpliSafe and Ring Alarm are that SimpliSafe has different price points based on multiple package options, and Ring has paired with ADT for their doorbell video feature.

ADT is a well-known security system that guards against break-ins and environmental hazards. While SimpliSafe offers Alexa integration, ADT can support a complete “smart home,” including app-controlled lamps or voice-controlled thermostats.

The main similarities between SimpliSafe and ADT are their wireless approach to security systems, their 24/7 monitoring services, their mobile apps, and their indoor video cameras.

A couple of differences: ADT offers home automation and outdoor video, which SimpliSafe does not offer at this time. Also, ADT is available in areas without cell service and offers only professional installation.

Some differences between SimpliSafe and Vivint: Vivint requires professional installation, whereas you can install SimpliSafe yourself. Also, Vivint offers voice recognition, and retains ownership of their equipment, requiring a yearly contract.

Nest is a line of Google devices offering wireless alarms and video surveillance. The Nest system can control any appliance that has a “Nest compatible” logo, and offers multiple devices beyond their basic package.

Google Nest and SimpliSafe systems are similar in price, but SimpliSafe offers cheaper package options. The main difference between the systems is that Nest links to Google Home.

The Abode Iota system offers flexible home security equipment and monitoring for your home. The system is easy to set up yourself, without any specialized tools or equipment. Abode offers monthly monitoring plans or free self-monitoring.

Abode’s and SimpliSafe’s basic packages both include a motion detector, a key fob, a siren, and window and door sensors. Some other similarities are their mobile app compatibility, easy DIY installation, and extensive online resources and support.

The main differences between SimpliSafe and Adobe Iota are that Abode offers home automation, whereas SimpliSafe is focused on home security. Also, Abode offers a free basic plan, and you can request temporary on-demand professional monitoring. With SimpliSafe, there are just two monthly monitoring plans available with 24/7 monitoring.

SimpliSafe Review Verdict: Is It Worth It?

As a mother, myself, having extra security features in my home — not only against intruders but also against hazards and disasters — would give me such peace of mind that the upfront cost and low monthly fees would be more than worth it.

Tawni is a content writer and copywriter living in Vienna, Austria with her husband, two sons, and two cats. When she’s not writing stuff, you can find Tawni fixing up her blog, reading, hosting her nerdy book podcast, or talking to her plants.

The Premier Guide researches and writes about products and services to help you find the best value when shopping online. Some of our posts may contain affiliate links. If you make a purchase through one of these links, at no extra cost to you, we may receive a small commission. However, our reviews and recommendations are always authentic, objective, unbiased and uninfluenced by third parties.